UFO's Werewolves & The Pig-Man Out Now!! 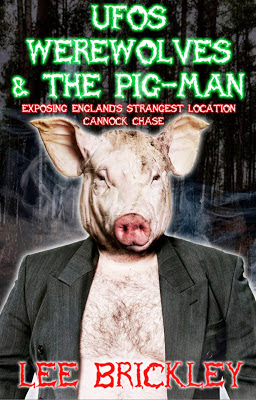 Well, it's all been building up to this. From today my new book about paranormal events on Cannock Chase in Staffordshire, England has been released on Amazon!!

You can get hold of it here: U.S Orders
U.K Orders

Here's what some other researchers have to say about Cannock Chase:

"Cannock Chase has long been known as a UFO hotspot and a place where all sorts of other paranormal phenomena have occurred. It's one of the UK's most mysterious locations and might even get into a global Top 10 list of spooky sites, alongside such places as Area 51, Roswell, the Bermuda Triangle and a few others." - Nick Pope, MoD UFO Project, 1991-1994

“At first glance, Cannock Chase is a wonder to behold with its amazing and abundant natural beauty. However, there is another part of Cannock Chase that dwells within the shadows. A place where madness has substance and nightmares have their own perverse allure. Cannock Chase is as mysterious as it is beautiful. It is a place where the veil is thin, allowing brief glimpses between this world and the next” - Paranormal author Tim Swartz

"A high plateau bordered by the Trent Valley to the north and the West Midlands to the south, the huge and picturesque Cannock Chase has been an integral feature of the Staffordshire landscape for generations. There is something deeply weird about the Chase: it has strange and monstrous inhabitants in its midst. Werewolves, large black cats, aliens, spooks and spirits, Bigfoot, wallabies, wild boar, and huge snakes have all been reported from within the depths of these mysterious woods..." - Nick Redfern, author of many books including Monster Diary and Wildman

"Cannock Chase has been the centre of many unusual sightings over the years. The Cannock Chase Beast' is probably the most legendary phenomena, but other supernatural horrors have been reported as well. Unknown hominids and serpents reportedly haunt the infamous forest, creating caution for those who travel through it” - Fortean author Lon Strickler;

"Cannock Chase is like a slice of the ancient medieval forests that covered England. Somehow this world within a world has survived in the heart of modern industrial Britain. Should we really be surprised that some of its 'residents' are so strange?" - Cryptozoologist Richard Freeman

“Lee presents a fascinating and detailed insight into Cannock Chase and the mysteries that surround this region. His understanding of the area and strong local knowledge offer any reader and fan of the unexplained the chance discover why this area plays an important role within the UK's rich history of the unknown” - Colin Hall, author of Fact or Fiction? The Paris & M6 Crashes

"UFOs, werewolves, orbs, more monsters than an old Universal Studio film. Cannock Chase has them all, and now Lee Brickley is bringing them all into your living room in his exciting new book." - Brad Steiger, author of hundreds of best selling paranormal books

I really hope you all enjoy reading the book!

Until next time my endlessly supportive friends.........

Written by Lee Brickley - 2013
Paranormal investigator Lee Brickley has a new book available about the paranormal happenings on Cannock Chase. Read it here: UK Link - US Link or click the book cover below! 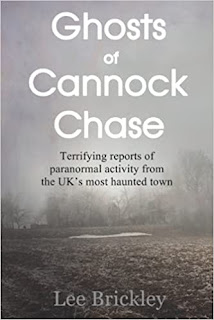 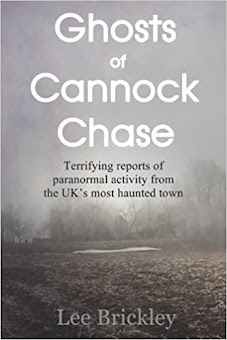 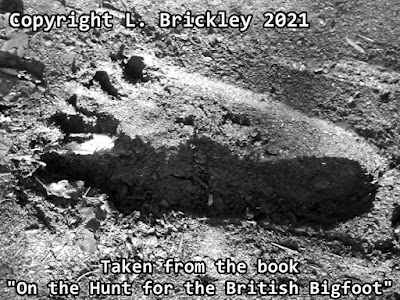